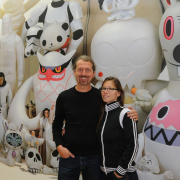 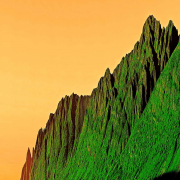 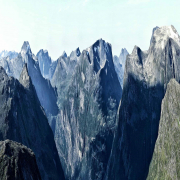 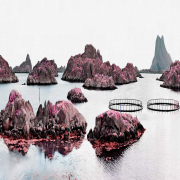 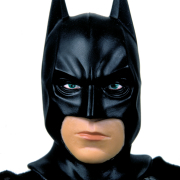 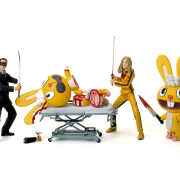 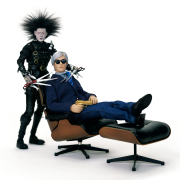 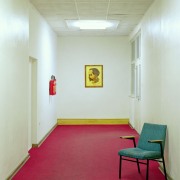 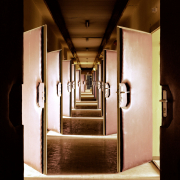 Daniel (* 1966) and Geo (* 1969) Fuchs are a German artist couple and have been working together on conceptual photography series as well as video works and installations for over 20 years, gaining international renown in the process. Their works have been shown in many international solo and group exhibitions and art fairs and can be found in many private and public collections.

Daniel & Geo Fuchs’ photographs have in common that they at first pretend to the viewer the certainty of having grasped the motif with one glance. Intuitively, however, it demands a more intensive examination of details or arrangements, combined with the inevitable question of what was actually already there at the moment the picture was taken and what was not. It does not matter whether it is an arrangement of photographed miniatures as in the series of works “Toygiants” or a mountain massif as in “Nature and Destruction”. Regardless of whether the photographs were taken in nature, in an archive or in a studio, the viewer becomes aware that reality and fiction must have been mixed – more or less tangibly, depending on how the respective series of works is laid out.

Ambivalence is one of the central characteristics in the work of Daniel & Geo Fuchs and is present in several respects. The fine oscillation with what cannot exist in reality and if it does, then only under different conditions, is one of them. Another is the tightrope walk between opposites – there is hardly a series of works that does not live from the antagonists death and aesthetics, destruction and beauty, decay and perfectionism. Examples of this are the “Forces” and “Nature and Destruction” series.

Through this extraordinary interest in the environment, Daniel & Geo Fuchs have developed a strong affinity for that which must first be discovered, that which lies hidden or in secret, and – shoulder to shoulder with this – for the fascinating world of the collected and the archives. This affinity gave rise to the series of works “Conserving”, “Toygiants” and “STASI – secret rooms”.