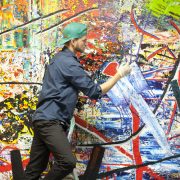 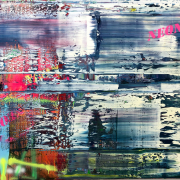 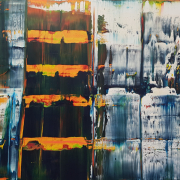 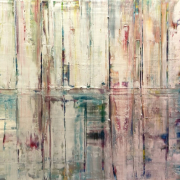 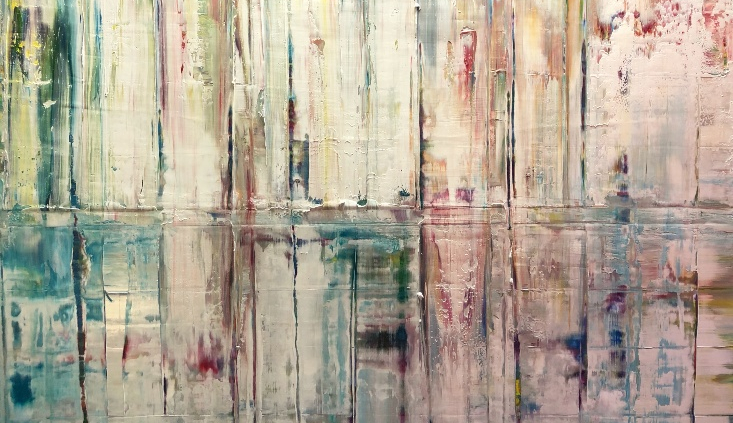 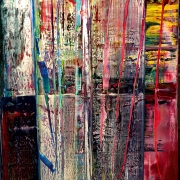 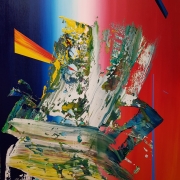 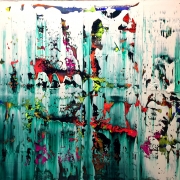 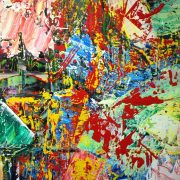 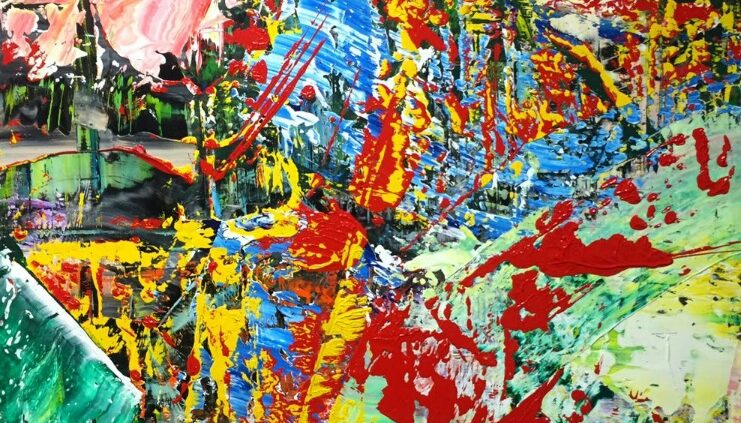 The German-Danish artist Bo Larsen, born in 1986, was born in Karlsruhe as the third son of a German mother and a Danish father and grew up in Germany.

The German-Danish artist Bo Larsen was born in 1986 in Karlsruhe, Germany, as the third son of a German mother and a Danish father.

During school, he first became interested in film and, after graduating from high school, trained as an assistant director. He assumed that he could reach more people with this “more modern” medium than with painting – and in order to express himself and his creativity, he initially continued to paint only for himself.

Once he arrived in Berlin, he devoted more time to painting. Bo Larsen did not attend an art school or academy, but acquired his knowledge and techniques himself through intensive study of the works of his idols, which include Gerhard Richter and Jackson Pollock. From this, the young artist has created his own style and further developed the artistic modes of representation of his idols.

In his works, he thematises his respective feelings, emotions and sensations. The paintings, which can be classified as abstract expressionism, open up new dimensions of the interpretation of abstract forms to the viewer through the multifaceted colour and form design.

From the great success he had with his new works, he rented a studio and created his MIRAGE series and other works there in 2016, which were very successfully presented to the public in his first solo exhibition on the occasion of the Gallery Weekend Berlin in April 2017.

In the paintings MIRAGE I, II and III, which gave the title for this exhibition, Bo Larsen was inspired by mirages (the English word for this is “mirage”) – they show the blurred, flowing over each other perceptions of a landscape, actually such as he perceived in Berlin on the “Tempelhofer Feld”, the area of the former Berlin-Tempelhof airport. Viewers of these paintings have been reminded of Berlin, New York or both.

New works by Bo Larsen were presented in September 2017 during Berlin Art Week at the contemporary art fair BERLINER LISTE 2017. For Gallery Weekend Berlin 2018, the new series DÄNISCHE SÜDSEE was shown in a six-week solo exhibition.

For the series DÄNISCHE SÜDSEE, Bo Larsen was inspired by the Danish South Sea (Baltic Sea) and thematises the beauty of the Danish coasts in his typical large-format, expressive paintings. His works are particularly impressive for their multi-faceted depiction of the Danish sea in colour and form and the Danish cities and landscapes reflected in it.

From October 2019 to January 2020, Bo Larsen’s current works from his Berlin series were shown at Villa Meyer in Berlin-Grunewald in the exhibition “third part: berlin”.

In this series, he dealt with the diversity and the special attitude to life of the German capital. In doing so, he also takes as his theme the special property in which the exhibition takes place: The former residence of banker Max Hermann Meyer. The architecture and its chequered history of the house, which looks like a fairytale castle and in which scenes of various Edgar Wallace films were also shot, merge to create a nostalgic and at the same time modern impression of abstract contemporary art in a historical setting.

A cross-section of these works from the Berlin series was subsequently shown in a group exhibition – together with sculptures by the southern German artist Axel Teichmann – in Brussels from March to June 2020. Due to the Corona pandemic, the exhibition had to close for two months one week after the very successful opening because of the first lockdown, but was then extended by two months and opened to the international audience of the Belgian and European capital.

Due to Corona, smaller exhibitions planned for the following months were cancelled. From 18 November 2021, the artist’s latest works created during the pandemic will now be shown in the new spaces of nüüd.berlin gallery in Berlin-Mitte under the title NEON. The exhibition runs until 08 January 2022.

The artist was already impressed by the radiance of the luminosity of neon pigments in previous works, but used them more as a background. Viewers of the paintings and visitors to the exhibition have always been attracted to this neon glow, which led Bo Larsen to create the painting “Berghain” as part of his BERLIN series, in which the radiant neon colours were still used as a background, but clearly as the main attraction. In his new series NEON, these neon colours are in the foreground. The process of painting involves several operations – from dividing the canvas with tapes, preparing special colours that are given individual and characteristic painting properties by oils and waxes, to applying the tension-laden colour paste to the painting surface and tearing off the glued surfaces. The unusual combination of different painting techniques is what makes these special colour landscapes so appealing, moving between action painting, pop art, street art and abstraction.

Many of his works are now in private collections in Germany and abroad.